Dealing With Smartphone Addiction: 4 Apps and NoPhone to Help

Do you sleep with your smartphone? NO? Good, no need for a digital detox, but you do know someone who does, don’t you? Let’s talk about smartphone addiction. How was your night out with your friends? Did you even talk?

It’s not important as long as 30 or so people liked your pictures and 15 or so commented, which means it was good, right?

While I rarely enjoy emphasizing the most obvious things (probably because they ARE obvious), sometimes the most basic questions are the most helpful ones.

The other most obvious mind-capturing technique is numbers.

According to Ofcom, 61% UK adults own a smartphone, and daily total media consumption has risen from 8 hours 48 minutes to more than 11 hours (mostly thanks to smartphones), which means less sleeping and more testing, posting, checking, instagramming, tweeting…

According to the Pew Research Center, 29% of mobile phone owners described their devices as something they “can’t imagine living without”.

Given that nomophobia and cell phone vibration syndrome are proposed to be added to the Diagnostic and Statistical Manual of Mental Disorders, the ultimate authority on mental health, smartphone addiction is apparently ubiquitous.

As ironic as it may seem, there are apps designed to help people track their time spent online and regain the balance between offline and online life. 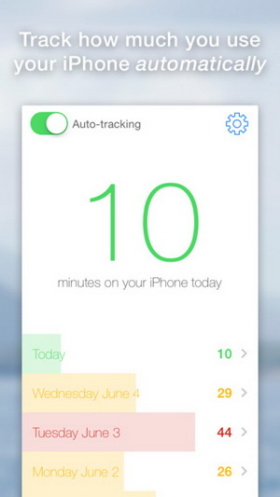 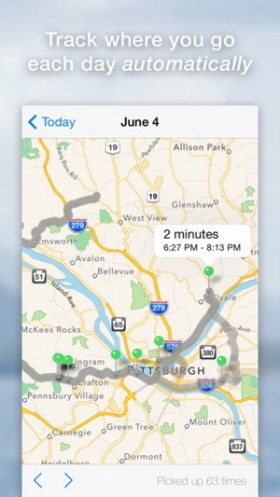 “Put down your phone and get back to your life” iPhone app is designed to make us aware of how much time we spend on our smartphones.

Kevin Holesh, the creator, designed the app for himself, after realizing how slowly he was substituting offline for online life affecting his relationships, being more depended on his phone and using it even when he could be “living in the real world”.

The app is designed to collect data on the usage, tracking the time and reminding us of the time we have spent with an option to set a daily limit. Once you set a daily limit, you don’t need to open it up again, it will run completely invisible in the background.

As Holesh explained, the app’s goal is to bring balance between the connected and disconnected world, it does not promote the idea to “live in the woods” or to “go smash my iPhone with a hammer”, though many would probably want to do that.

Moment is your reminder that you could read a book, or walk a dog instead of checking your email for the zillionth time.

Computer science professor from Germany created an app that is to be a digital detox for smartphone addicts. The free Android app analyses everything, tracking your daily activities and showing data on which app you use most, and how long, how many minutes you spend each day on your phone, even how many times you have unlocked it.

One can also check their score, which is sort of a daily check up on the overall usage and the lower the score, the less time you have spent online. 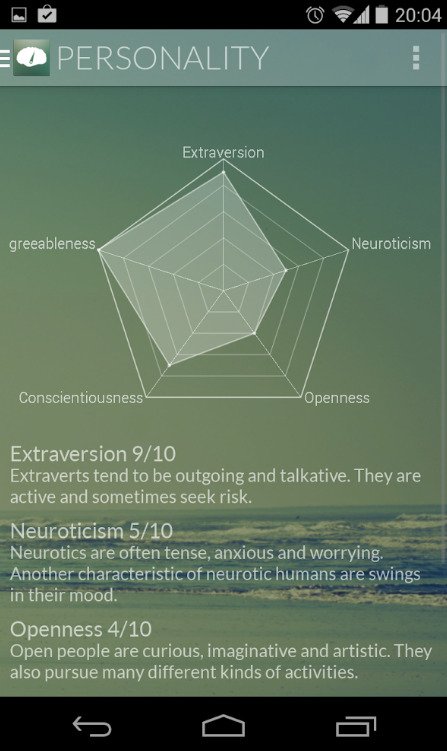 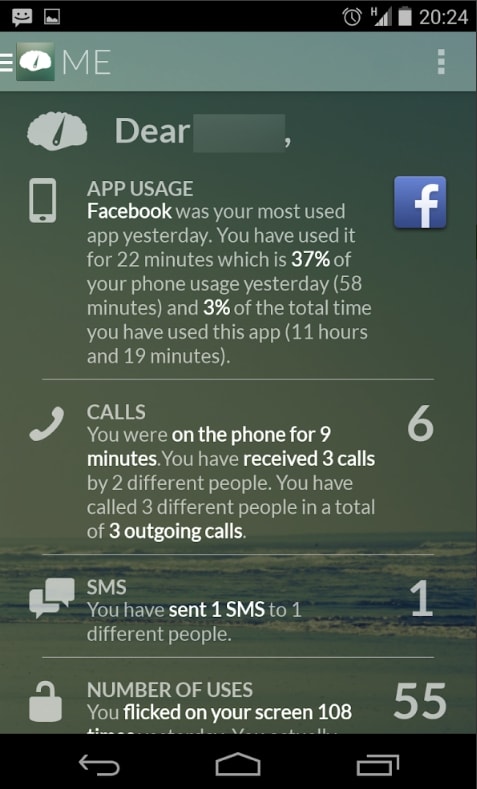 The data collected by the app were sent to a university for further analysis, and according to the findings, Menthal users were spending an average of 3 hours a day on their phone, turning their phone on every 7.5 minutes on average.

As Alexander Markowetz explained, the app is for a digital diet, so, if you need to shed some pounds, consider this app as a friendly calorie counter.

BreakFree app is for a healthy digital lifestyle by controlling your smartphone addiction, that’s going to tell you how you really spend your time online.

Creators of the app explain that BreakFree measures which apps do you use most and how much time you spend online, working in the background of your device, studying the patterns, before it shows you a real-time addiction score.

If you are making too many calls or spending much time on one app, BreakFree reminds you it’s time to put your phone down, moreover, it allows you to disable the internet, reject incoming calls and send auto texts.

This is a rehab app, also very convenient for parents who want to track their children’s smartphone addiction, as pointed out on the app’s website.

My Mobile Day: See what app you are addicted to

A time recording app measures the time you spend on each app throughout the day. The creator designed it to stop people, especially children of becoming “mobile phone zombies”.  The users can set a recording time interval and later see how much time they have spent using particular apps.

On a weekly basis, the user can see a graphic visualization of 10 most used and 10 least used apps, categorizing apps into social, productivity, games and travel apps, to make it easier to see which app is your main obsession and which one is the most time-consuming.

If the apps don’t help, there is the noPhone, a fake plastic phone that looks and “acts” like a smartphone.

Remember to unplug, from time to time.

Got 15 Minutes? TED Talks Worth Watching

Olivia Collin is a passionate writer, interested in social science and culture studies. When not writing, or reading, you can find her riding a bicycle or testing her strength rock climbing. And, yes, she loves IT world.