A proven formula for job hunting? No, there isn’t one. What may work for some, may not for others.  Does it sometimes seem like all those job hunt’s do’s and don’ts you have been reading lately don’t seem to be fruitful at all, rather time consuming? With an interconnected world and social media tools, job hunts haven’t been following the well-known offline rules for quite some time. So, the question arises: how much time have you invested in your online personality? And how much time should you invest in your online personal branding?

The question raises some privacy issues certainly, however, whether you approve it or not, how you present yourself online may (or should I say will) have an influence on the outcome of your job application, and very often would be the breaking point for a call for an interview.

There is a check-point list for every employer, and apart from the usual things they follow up, such as references, cover letter mistakes, and previous employer’s information and so on, we know that so many companies do peek into our social media profiles.

In 2009, 45 percent of employers questioned in a study said they are using social media networks to screen job candidates. In 2012, another study showed that Facebook profiles can predict professional successes, and that, moreover, a number of friends may be the indicator for that. The study by the researchers at Old Dominion University also revealed that Facebook profiles can predict job performance due to the shared information and online social behavior.

The importance to brand yourself today is even more demanding, apparently. In other words, anyone who Google their name wouldn’t want to be associated with drug dealer or convicted sex offender, as Pete Kistler, the founder of BrandYourself was. In 2010, a study revealed that 75% of employers are researching candidates online and 70% decided not to hire based on what they have found. Given that results were from 4 years ago, one can only imagine how those results have changed by now. No wonder reputation management firms are on the rise.  However, identity theft is a serious problem for everyone, even more given that in 2012, 12.6 million people were victims of identity fraud.

This personal brand building strategy resulted in the death of the “traditional resume approach”. Although job seekers are still applying for the jobs sending their resumes and cover letters by email, for quite some time now, apart from social networks, blogs have become online resumes for most people who have successfully landed a job. One-page resume of professional histories, expertise, achievements, and skills cannot truly show the passion and commitment as blogs can and do.

On the other hand, candidates are forced to change their methods, as Shown McTigue, when he was applying for MasterCard Internship in 2012. Have you seen Adam Pacitti’s resume billboard? 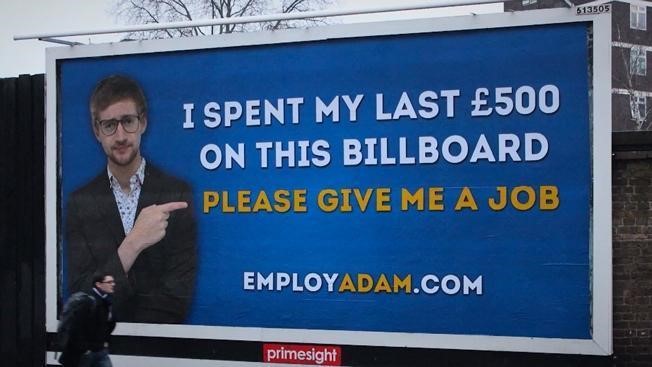 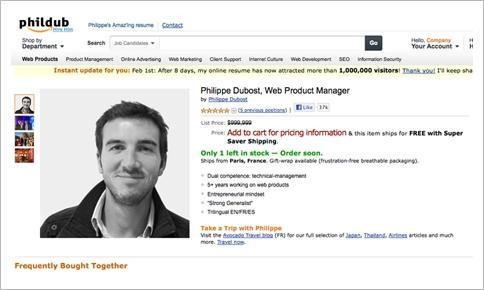 Surely you have seen Lego resume, but did you see a delicious batch of cookies resume, or Youyou Yang’s series of Grand Budapest Hotel trailers sort-of-resume?

However, while so many job seekers are trying to find the magic formula for an interview, companies are reporting that they are not satisfied with performance management and that they have major problems engaging employees, as well as struggling to attract and recruit people. The study included 2.500 organizations in 90 countries and only 17% believe they have an engaging employment brand.

According to one HR manager, as stated in the article above, “today employees don’t want a career, they want an experience.” So, while the percentage of working force is raising, the companies have a hard time engaging their own employees. It comes naturally that people would want a positive and humanistic work environment, however, it does seem strange the companies are having problems recruiting with such a high unemployment rate worldwide.

I am more interested in another aspect of the online branding. What if someone just does not nurture their online life as much as they should, or told to, or imposed on to do so? What if someone has their own specific way of social behavior that is quite different than the one we are all familiar with, the one consisting on commenting, sharing, posting and other –ings that are usually used to assess social behavior? What if, I wonder? This may result in having double personalities, one forced, online personality, and the other real, offline.

What companies may not understand is that although social networks may reveal certain personal information, the online and offline communication is utterly different, therefore, online and offline worlds are intervened, yet not nearly the same in terms of social behavior.

Personal branding may seem shallow, however, it is not. The shallowness may stem from one’s imposed online personality that differs from their genuine self. One may get the job, but he or she may have a very hard time adjusting their online personality to an offline working environment. On the other hand, other people can quickly immerse themselves online showing their true characters, potential and creativity (these people are probably already employed.)

Given all things considered, online branding is more important than ever, thus, I will list some of the things you should consider before you start managing your online reputation.

As for the time you should or should not invest branding yourself and building an online personality, decide for yourself after asking what do you truly wish for. When you know your answer, you will know how much time you should be investing.

Olivia Collin is a passionate writer, interested in social science and culture studies. When not writing, or reading, you can find her riding a bicycle or testing her strength rock climbing. And, yes, she loves IT world.